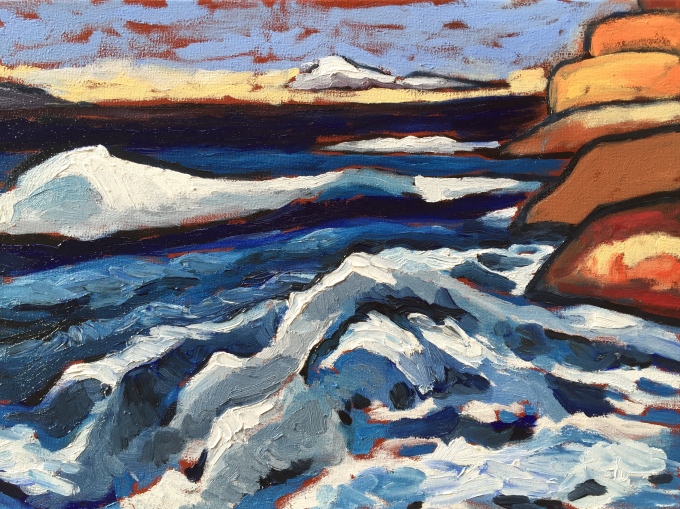 The floating wreckage of a ship’s cargo, flotsam skims the surface of the sea, readily found and easily rescued. Perhaps jettisoned, with the hope of saving the ship, in time, the flotsam becomes derelict, sinking beneath the waves to the bottom of the sea, with little hope of reclaim.

In Herman Melville’s Moby Dick, Father Mapple preaches his sermon at the Whaleman’s Chapel in New Bedford about Jonah and the Whale:

”A dreadful storm comes on, the ship is like to break. But now the boatswain calls all hands to lighten her; when boxes, bales and jars are clattering overboard…for when Jonah not yet supplicating God for mercy, since he but too well knew the darkness of his deserts – when wretched Jonah cries out to them to take him and cast him forth into the sea, for he knew that for his sake the great tempest was upon them; they mercifully turn from him, and seek by other means to save the ship. But all is in vain; the indignant gale howls louder…and now behold Jonah taken up as an anchor and dropped into the sea; when instantly an oily calmness floats out from the east and the sea is still, as Jonah carries the gale with him, leaving smooth water behind…he drops seething into the yawning jaws awaiting him.”

Delve to the depths of the sea, in the belly of the whale, Jonah does not cry and wail, he keeps his faith, continuing to strive, to stay committed to the path, even when all around seemed dark and in shadows. By his continual striving, he will be reclaimed.

One thought on “Delve into the depths of the sea”