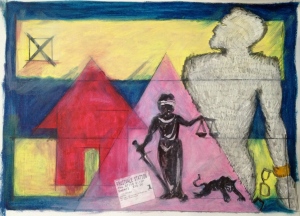 Summer is typically the time for blockbuster movies and their sequels: Iron Man, Star Trek, X-Men; the list goes on.  But this summer, you don’t need to go to the movies to participate in blockbusters and their sequels. History it seems is a series of blockbuster events with sequels, taking the form of declarations, laws, court-decisions, executive-orders, opinion-pages, blogs, marches, rallies, and the unfortunate loss of dialogue manifesting itself as gridlock, filibuster or most regretfully as violence and battlegrounds on the streets where we work and live.

Several anniversaries of blockbuster events concerning freedom, justice, and rights in our nation’s history occur this summer; some are annual rituals, others are commemorations of significant anniversaries.  Juneteenth celebrated annually on June 19 commemorates the day slavery was abolished in Texas in 1865 as a result of Abraham Lincoln’s 1863 Emancipation Proclamation.  The Stonewall Riots in New York’s Greenwich Village on June 28, 1969 were a series of spontaneous and sometimes violent demonstrations by members of the gay community (many of whom were angry and fed-up drag queens) protesting a police raid on gay bars. As a result gay rights organizations and newspapers were formed in New York and nationwide seeking civil rights for gay Americans. As a result, the first gay pride march was established in 1970, an event celebrated annually in cities throughout the United States and the world.  July 1 – July 3, 2013 was the 150th anniversary of the Battle of Gettysburg considered by many historians to be the turning point in the Civil War, whose origins lay in contentions over the abolition or extension of slavery in the United States. July 4th is of course our annual commemoration of the adoption of the Declaration of Independence proclaiming all men are created equal, a statement universally adopted as human rights. On August 28th, our country will commemorate the 50th Anniversary of the March on Washington for Jobs and Freedom where in 1963 more than 300,000 Americans rallied at the Lincoln Memorial calling for civil and economic rights for African Americans; this march is credited for the passage of the Civil Rights Act (1964) and the Voting Rights Act (1965).

This summer has brought several poignant sequels to these litany of History blockbusters.  On June 25, 2013, the U.S. Supreme Court struck down a key part of the 1965 Voting Rights Act, originally passed by Congress and signed into law by President Lyndon Johnson aimed at eliminating various legal strategies to prevent African Americans and other minorities from voting by preventing racial gerrymandering among other actions. The Court’s decision freed nine states mostly in the South, to change their election laws without federal approval. Justice Ruth Bader Ginsburg dissenting from the bench declared “the nation’s commitment to justice had been dis-served” Shortly after the decision, the State of Texas announced the voter identification law would be in effect immediately and that redistricting maps would no longer need approval.

On June 26, 2013 the U.S. Supreme Court supported gay rights with two decisions favoring same-sex marriage ruling the Defense of Marriage Act (DOMA) unconstitutional and the permitting a lower court ruling to stand that struck down the state of California’s Proposition 8 ballot initiative defining marriage as between one man and one woman. Practically, the decisions mean that married same-sex couples are entitled to federal benefits and by declining to decide a California case, effectively permitted same-sex marriages to occur there, increasing to thirteen the number of states permitting same-sex marriage. The Court did not say there is a constitutional right to these unions, and the ruling left in place laws banning same-sex marriage around the country. In expressing the majority opinion on DOMA, Justice Anthony Kennedy declared the law’s basic flaw was the “deprivation of liberty of the person protected by the Fifth Amendment.”

Although unrelated to the dilution of the Voting Rights Act, additional sequel events happened this summer raising concerns about the erosion of freedom, justice, and rights for individuals in the African American community. On July 12, 2013 the movie Fruitvale Station, opened in Oakland, CA at the Grand Lake Theater. Not a blockbuster by Hollywood’s box office standards, the movie is a passionate, powerful, and important film for the local community and the world. The film tells the story of Oscar Grant, a young black man tragically killed by a BART police officer at the Fruitvale Station in the early morning hours of New Year’s day 2009.  Ironically, the next day, July 13, 2013, a Florida jury acquitted George Zimmerman in the shooting death of Travyon Martin, another young black man. Like the Grant experience, reaction to the Martin verdict included marches and demonstrations (some sadly degenerating to unnecessary violence and destruction) and sit-ins such as the Dream Defenders occupying the area outside Florida Governor Rick Scott’s office demanding the repeal of the Stand Your Ground law and the end of racial profiling. On July 16, 2013 Attorney General Eric Holder gave a speech at the National Association for the Advancement of Colored People (NAACP) that criticized “stand your ground laws” in the wake of the Florida jury’s verdict  acquiting George Zimmerman ; in the speech Holder stated stand your ground laws “senselessly expand the concept of self-defense and sow dangerous conflict in our neighborhoods.” [1] Accepting the jury verdict, President Obama on July 19, addressed the frustration of the African American community saying “it’s young men are too often painted with a broad brush as potential criminals….black men in the United States, himself included, commonly suffer racial profiling.” He also said that “thirty-five years ago Trayvon Martin could have been me”

The blockbuster historical events and their sequels continue. Will we take part?  To be measured, History must be made, and each of us has a role in History making.  History can be made by forming our opinions through reading, thinking, and by voicing our opinions through word and deed. August 28th, 2013, Washington, D.C. will host the the 50th Anniversary of the March on Washington for Jobs and Freedom.  Conferences and a rally will be held and a grassroots civil rights movement will be launched at 3PM that day called “63 Minutes of Peace.” 3PM was chosen, because that was the time Dr. Martin Luther King delivered his famous speech “I Have a Dream.”  The idea is to take 63 minutes of your day to volunteer to help change someone’s world, be it mentoring a young person, aiding a homeless person, or participating in voter registration.” So, in some cases we have made progress, and in others, there is much work remaining to be done. In the end, we must progress forward; we must voice our opinions and take action to achieve freedom, justice, and rights for all persons.

[1] Former Miami Police Chief John F. Timoney called the Stand Your Ground law unnecessary and dangerous in that “[w]hether it’s trick-or-treaters or kids playing in the yard of someone who doesn’t want them there or some drunk guy stumbling into the wrong house, you’re encouraging people to possibly use deadly physical force where it shouldn’t be used.”